A brief history of trash in the North End 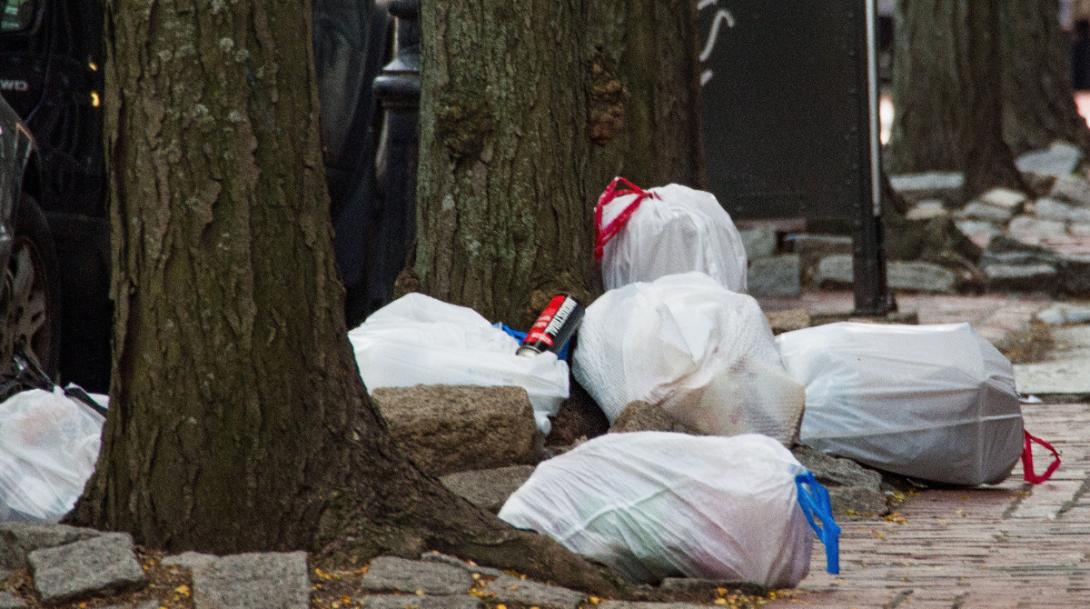 In the beginning (going back at least 20 years - but I'm not sure how much longer before that), there were three pickup days: Monday, Wednesday, and Friday. Recycling was picked up on Fridays only, but trash was picked up Monday, Wednesday, and Friday. Trash and recycling needed to be out before 7am on pickup days and no earlier than 5pm the night before.

People were encouraged to put their trash out the morning of pickup, but just like now, most people put their trash out the night before which meant that the average North End building had trash outside of it for at least 42 hours a week (5pm - 7am x 3 nights a week). Depending on the street and the route the trucks took, it could be even longer.

In an effort to reduce the total number of hours that trash sat on sidewalks, the City switched to trash pickup TWO times a week - Monday and Friday - in 2014. Recognizing that North End apartments don't have trash rooms or places to store trash for days between pickups, they also started collecting recycling twice a week on both remaining trash days.

All was well, except with Friday being the last pickup day, any messes created during pickup (or in the hours proceeding it) were often left to fester over the weekend because DPW doesn't work Saturday. There were also concerns that households tend to produce more trash during the week than on the weekend. So having three days between pickups during the week also wasn't ideal. And, the evergreen concerns about the total number of hours trash sits on sidewalks was still present.

In response to these problems, the City changed the schedule to Monday and Thursday in 2019 and switched the start time from 7am to 6am. I remember this change well and felt sorry for the DPW rep who had to deliver the news to NEWRA 😅:

And that's how it stands now: Trash and recycling twice a week, Monday and Thursday, 6am.

A DPW rep will attend Next Monday's NEWNC meeting. I'm hoping this post reminds people of how we got where we are before that meeting so we don't need to rehash old discussions. Suggesting a tweak to the days or times is fine, but not without acknowledging the problems we were trying to solve when previous adjustments were made.

If we really want to get serious about improving the trash situation, we need to rethink garbage days and trash collection altogether. Here's a great video on how some other densely populated areas handle it.