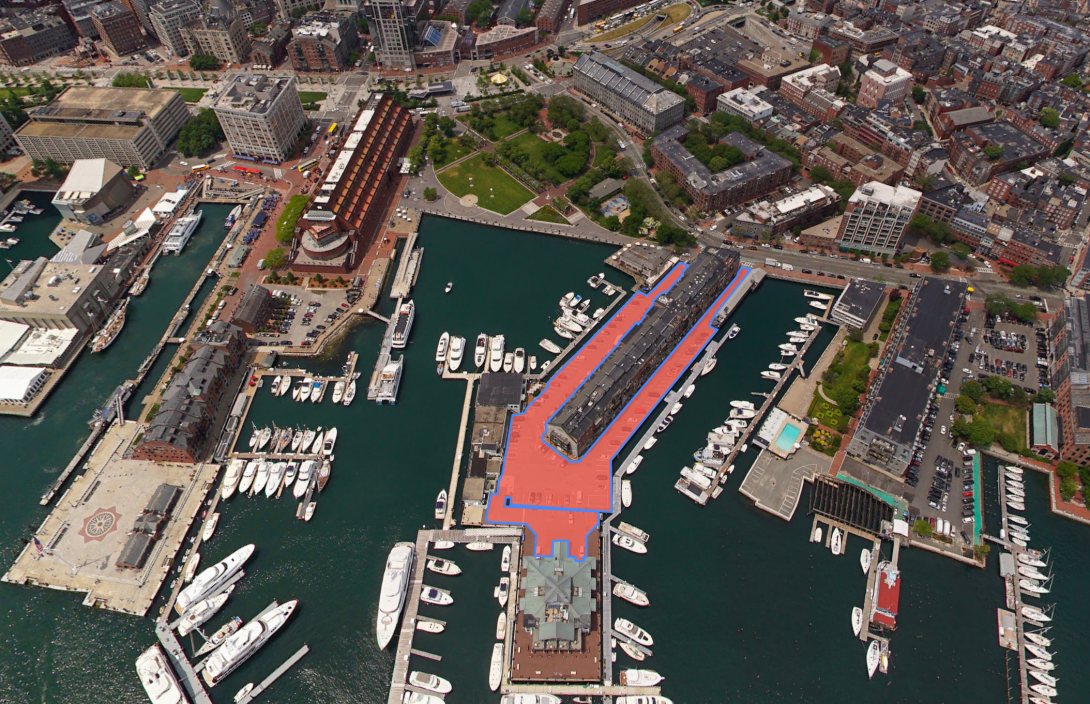 House Bill H.5080 was quietly enacted and sent to the Governor in one of the the last acts of the 192nd Court.

The subject of the bill has a long history - much longer than the current legislative form that it has taken. Most recently, Senate Bill S.3148 substituted major parts of the language and the enacted form seems to have specific wording to prevent it from being used as a precedent. Section 1, E:

Notwithstanding any general or special law, rule or regulation to the contrary, this act shall be narrowly construed and shall not, except as specifically provided in this act , otherwise affect uses of the property described in subsection (b) subject to licensure or other authorization from the department of environmental protection as required pursuant to said chapter 91.

It's our understanding that this wording quelled some of the biggest fears of harbor-access advocates Conservation Law Fund who had previously reported that earlier iterations of the bill "would set a dangerous precedent for public access on our waterfront".

At the crux of the dispute is whether the Commercial Wharf condo association should be allowed to use the property for private uses (residences, car storage) without a state license. The bill allows the first-floor properties to remain facilities of private tenancy (instead of facilities of public accommodation - which such licensing under chapter 91 normally requires) and for the majority of the outdoor space to continue to be used for private car storage (which the current waterways act specifically excludes).

Neighbors will probably be most interested in the conditions for public benefit that Commercial Wharf Condominium Association must provide:

The new harborwalk and redesigned parking area will be built in accordance with plans filed with the City on 17 May 2022. We were unable to find these plans, but understand that an area currently used to privately park 32 cars will be reclaimed and returned to the public. This is likely the 32 parking spaces that immediately abut the southern side of the wharf.

Excluding Boston Yacht Haven at the tip of Commercial Wharf, almost the entirety of the outdoor area of the wharf is used for private car storage - making it by far the most unfriendly wharf to the public.

The north side of the wharf, 100% of which is paved and used for car storage, is unaffected by this legislation. It's unclear, but doubtful, that the unused, burned-out building owned by Tavistock will be affected either.

The legislation is a disappointment to some who saw a glimmer of hope after a 2021 ruling that the condo association would need to seek a license under the state waterways law which would generally require that the entire property have uses in the public interest. Instead, the public gets ten feet of harborwalk and 32 of the 139 parking spaces. Without seeing the plans mentioned above, we estimate that more than 75% of the outdoor area of Commercial Wharf will be used for private car storage and access after the modifications take place.

That is if the modifications are ever made. The bill includes language to suspend the condo associations obligations should "any intervening condition" prevent them from being performed. Knowing the history of the properties on this wharf, that's a very real possibility.

External historical articles on the subject: